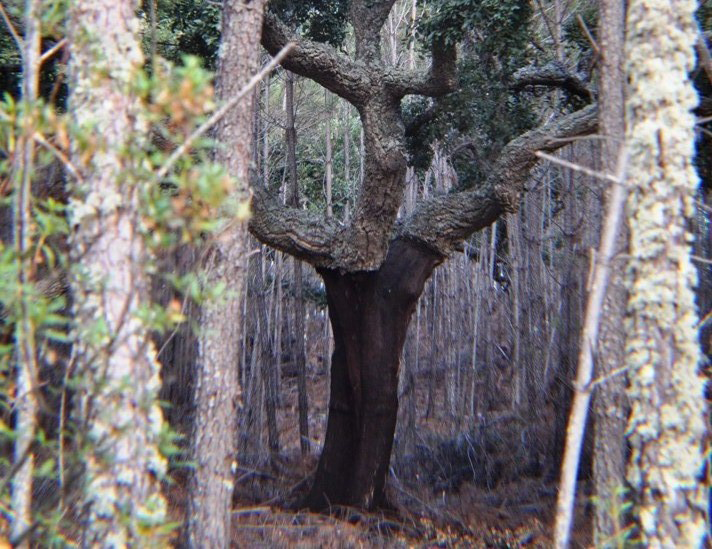 Cork tree in Extremadura - after the harvest

In February this year I had the good fortune to be able to listen to Hugh Howey speak at the Savannah Book Festival. I hadn’t heard of Hugh and hadn’t read his books but went along because the blurb said he was a successful self-published science fiction writer. I’ve now read four of his books: the three novels in the Wood trilogy and another novel called Sand. They were great and had plenty of interesting ideas, which is something I really value in my speculative fiction. Hugh deserves the enormous success that he’s had.

Before hearing Hugh speak, I’d begun thinking about writing the second volume in my Promise of Stone series. I’d decided to try writing the last chapter first and then working my way towards that ending. Maybe writers shouldn’t be thinking about productivity – but I was. I was sick of writing and cutting around 50,000 extra words as I wandered away from, and around, my plot. Hugh Howey suggested the same thing. He also talked about writing novella-sized slabs that you can release as you write. Releasing novella-sized slabs is a really interesting idea but you'd need to be very confident about your process and you'd have to have a great editor to work with.


In the meantime, I have to wrangle the present novel before leaving it to settle for a few months.

Tor
Australia
I am an Australian writer and artist, living in regional Victoria. I began my writing career, writing what I was passionate about: social issues such as opposing violence and sexual assault against women and children. I've also spent many years writing teen romance that has a feminist sensibility. I have spent the last few years making public art with Velislav Georgiev. I'm now writing fantasy, which, along with science fiction, has always been my favourite genre.